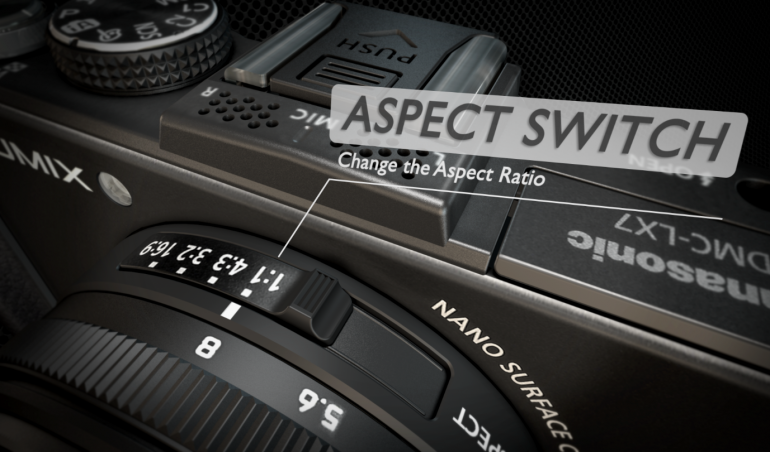 The camera is the hero and has a dramatic entrance and movement throughout with the feature and function elements having a tracked tag-line with heavily stylised graphics. A challenging deadline coupled with the cameras still being in production and the provision of a physical dummy not until a later date, meant that this proposed concept was the logical choice.

The client supplied me with the CAD model parts and I had to assemble and texture to high specifications and realism.

At this stage, the backgrounds had a very strong, modern, creative look. The features were being illustrated by traveling through the camera and out through the lens in a series of bullet timed live action wipes, blowing up full screen to fully illustrate each one. 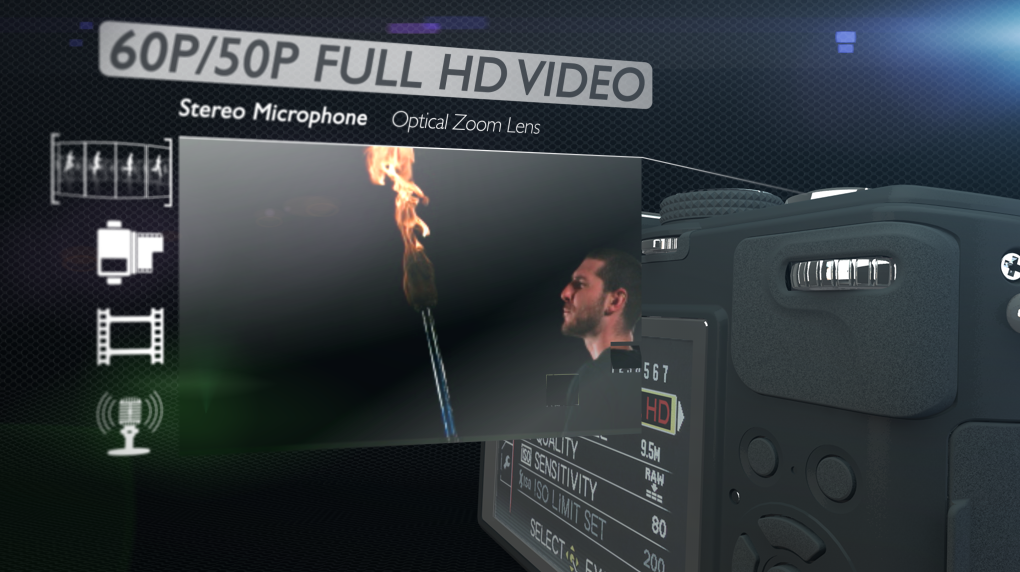 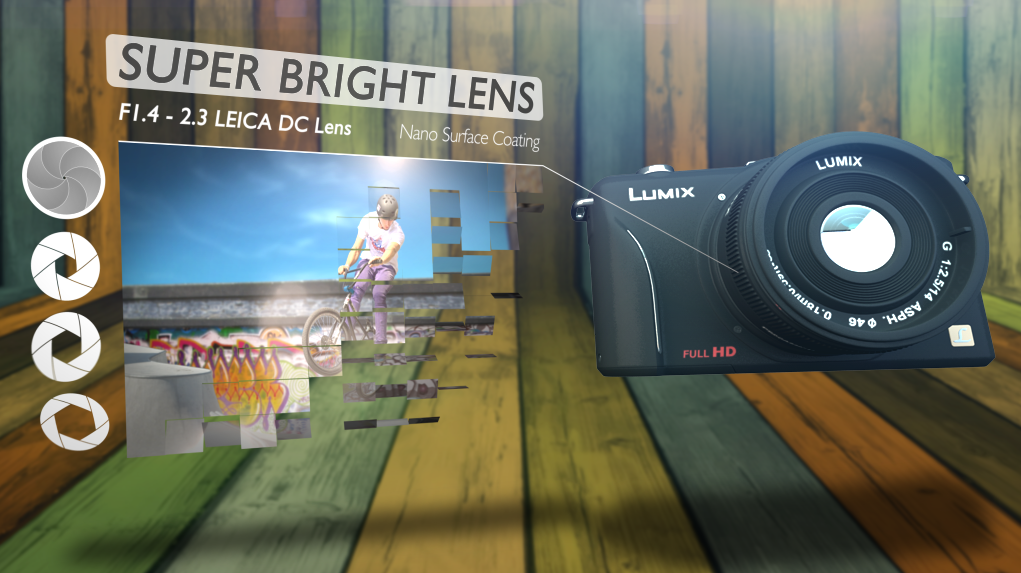 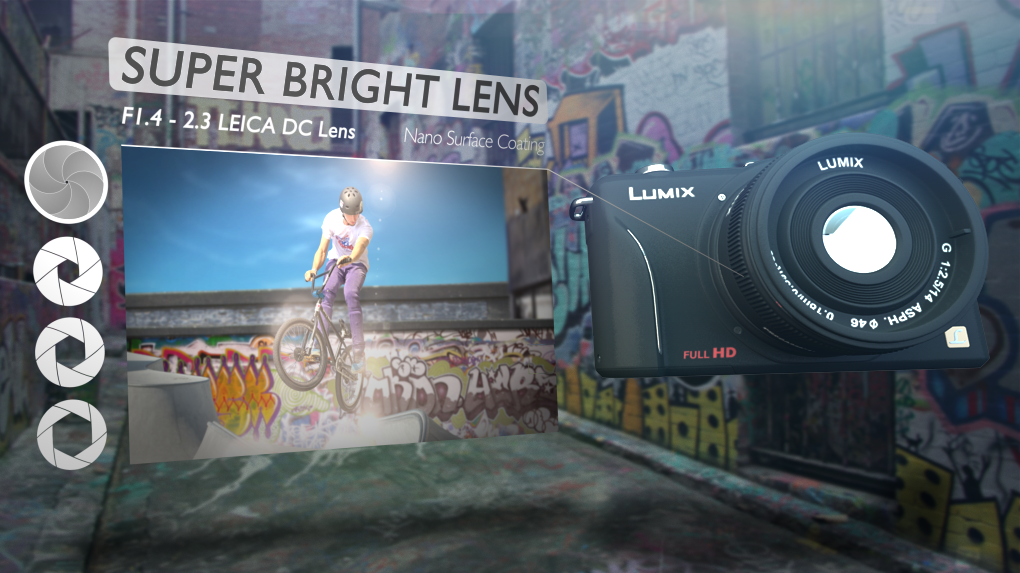 Most of the picture samples were supplied by a photographer commissioned by Panasonic. I had to keep this in mind when creating this promo. The example clips underneath illustrate the use of ‘bullet time’ effect to portray dramatically blurred backgrounds and bright noiseless images.

On consultation, we opted for the thumbnails not to appear full screen, keeping the black metallic background and camera in shot throughout, which both spotlit the feature and kept the camera in focus. The movement changed to add gravitas, with a slower, more majestic pace. The client was extremely happy with the turn-around-time and the final results. 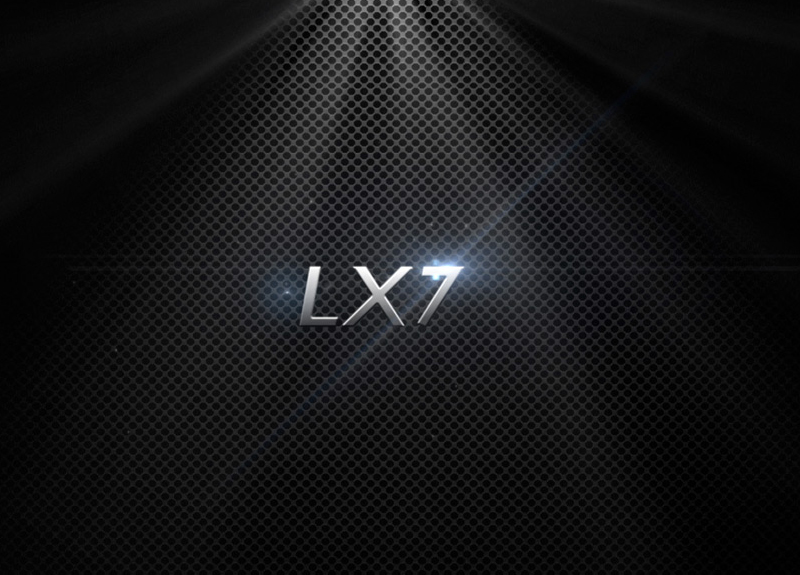 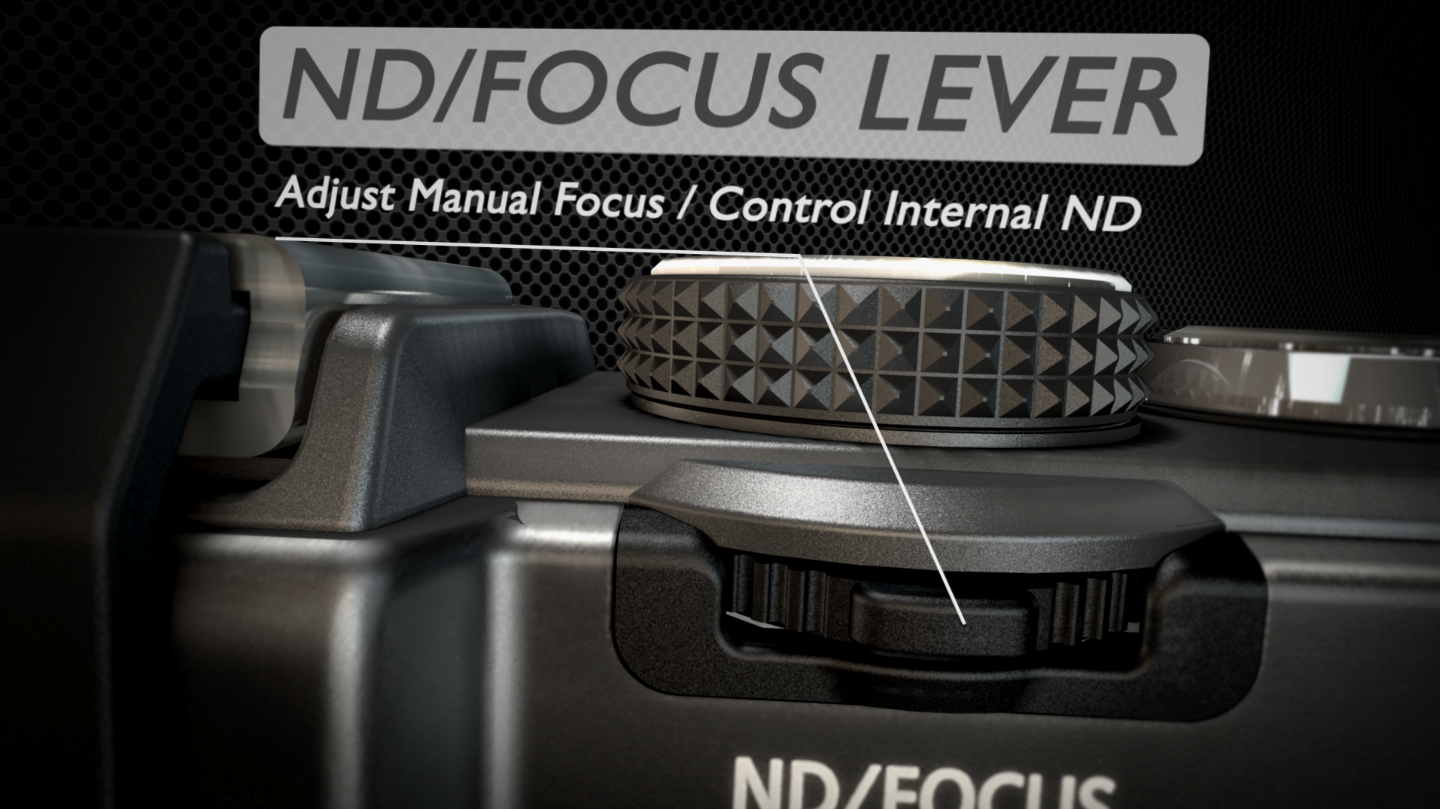 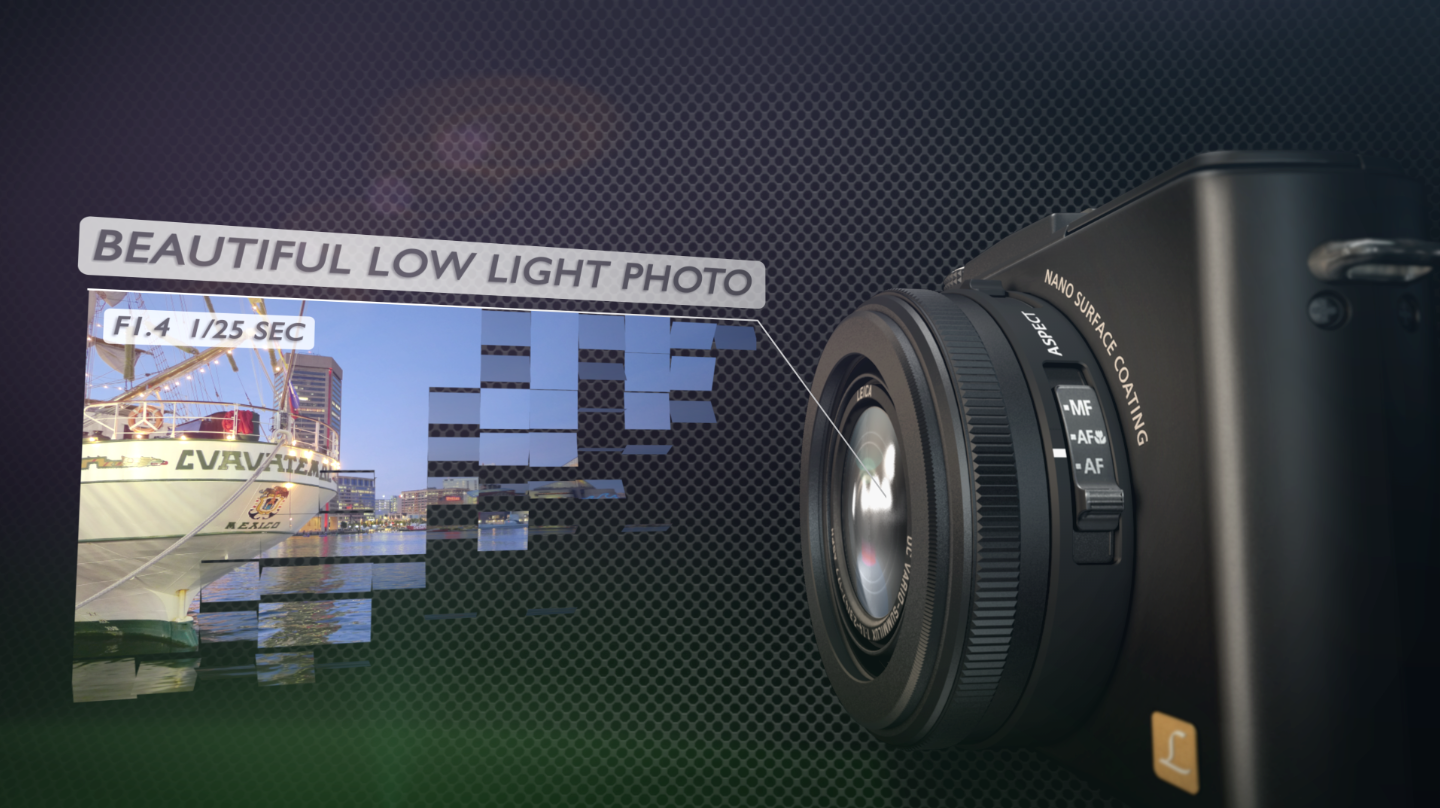 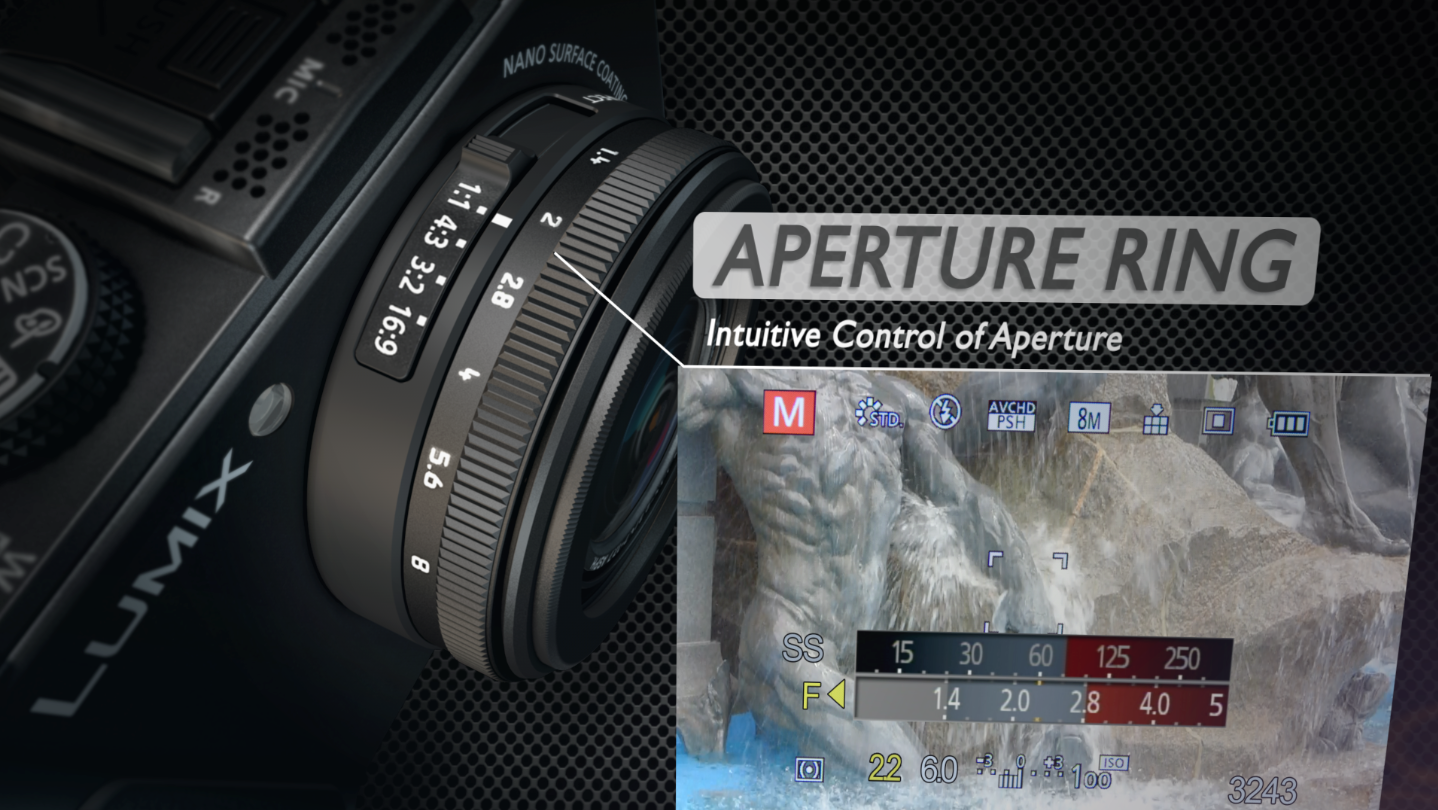 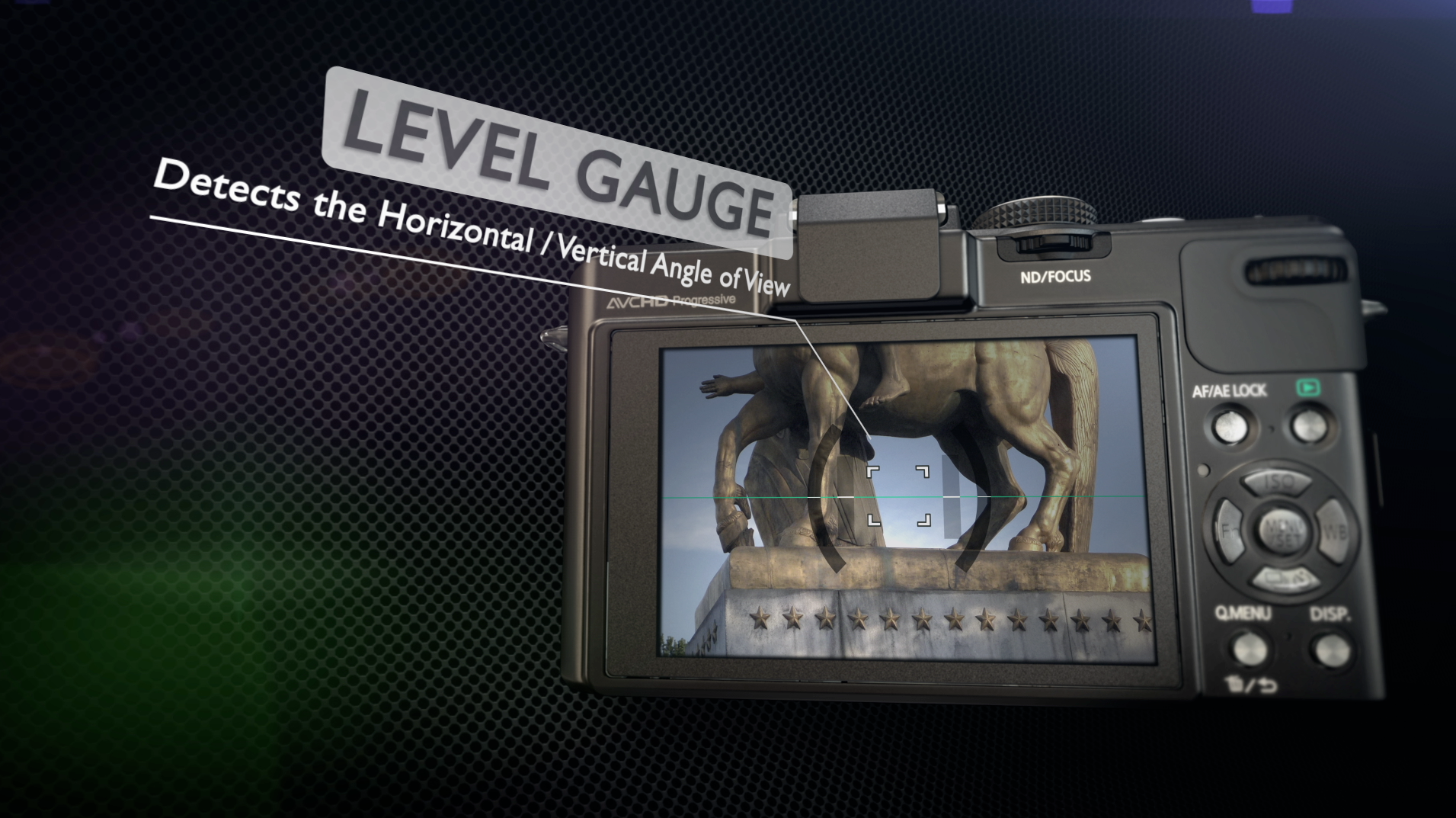 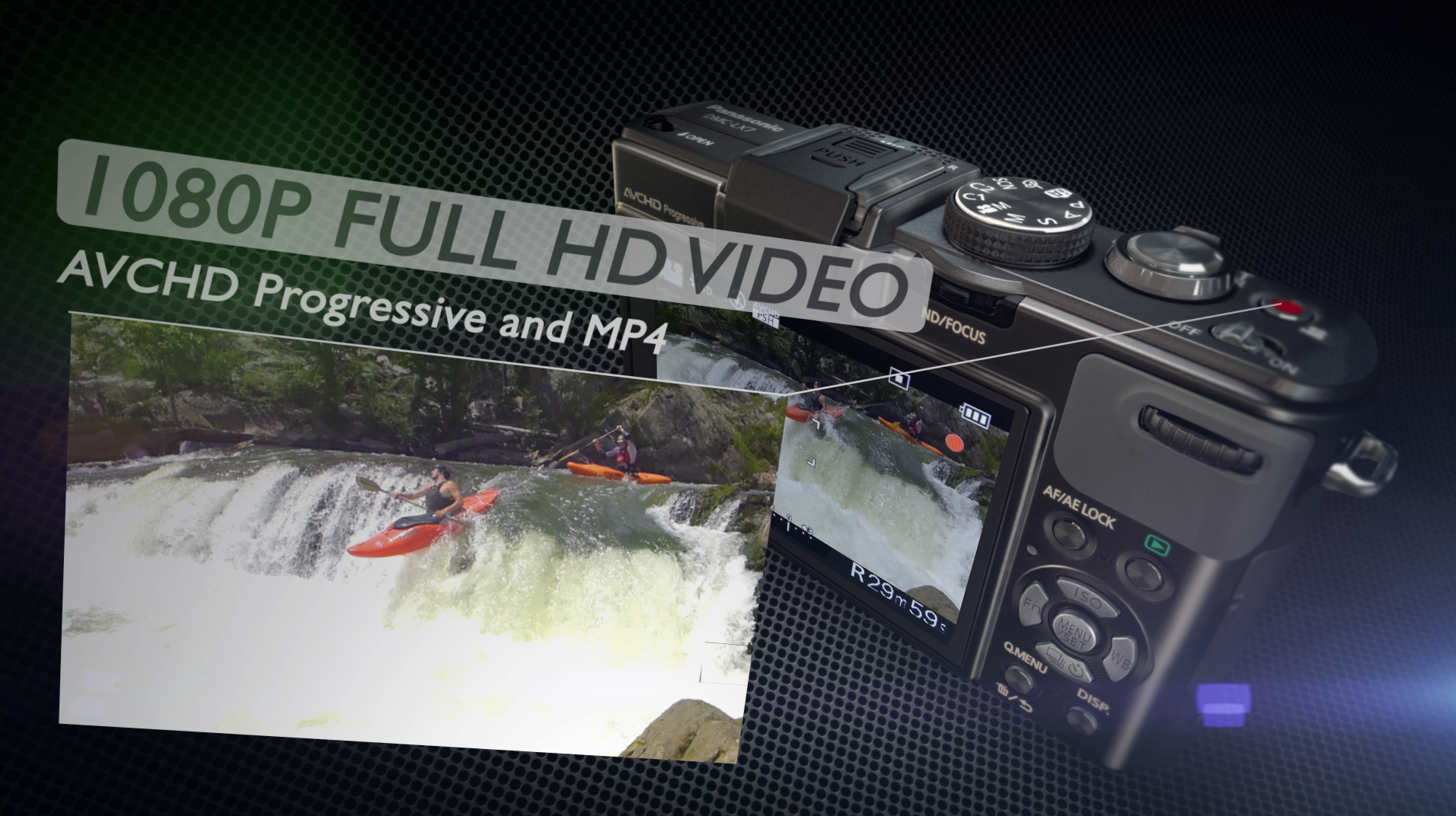